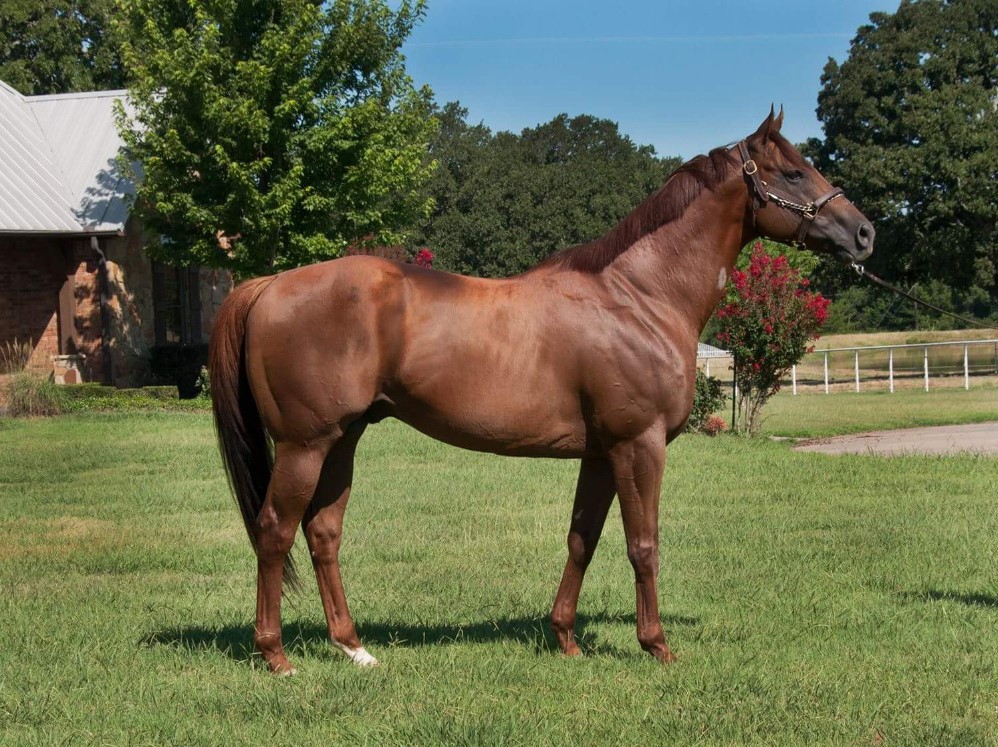 Elusive Quality – Xtra Heat, by Dixieland Heat
EXCITING NEW YOUNG STALLION FOR LOUISIANA IN 2017
Explosive sire pedigree by son of Gone West (by Mr. Prospector) out of $2.3 million earning dam
Pimpernel broke into the winner’s circle in February of his sophomore season with a 1:08.69 six furlong victory over Little Curlin and Act at Santa Anita. In March of that year, he defeated Cherubim and Rum Point in 1:08.76 earning an E speed rating of 105. In October, Pimpernel defeated Hoppertunity (in consideration for the 2016 Championships) and Kates Event at Santa Anita in a time of 1:22.06 for 7f. He was injured late in his three year-old year before being retired to stud in Oklahoma (2015).

​Pimpernel was purchased at the Keeneland Association September 2012 Yearling Sale for $525,000 by Bob Baffert. He earned $119,114 during his shortened career.
2018 FEE: $1,500 – LIVE FOAL STANDS AND NURSES
Consideration for stakes/stakes-producing mares
BREED TWO MARES, GET THIRD ONE FREE
Inquiries to Bill Langford (337) 280-1535 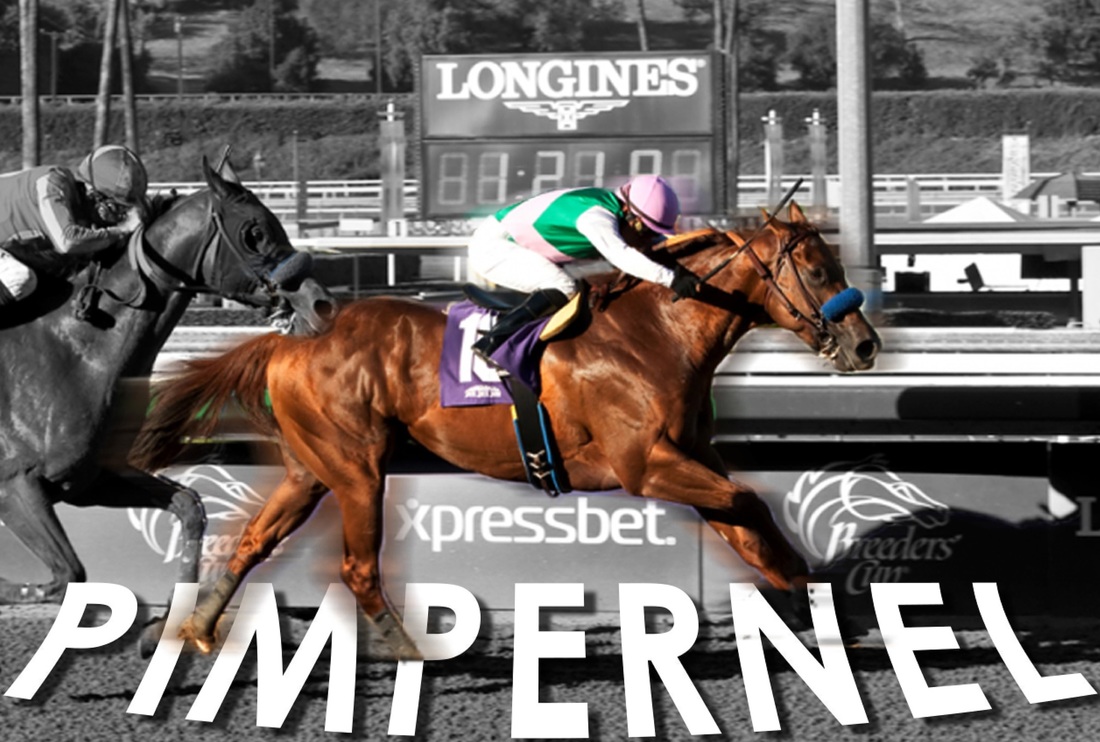 Renowned for siring fast, robust, exceptional horses on four continents: Raven’s Pass, Smarty Jones, Sepoy, and Quality Road. Sire of 4 champion 2 year-olds, 12 record-setters, 40 G1 performers, 50 Group/Graded winners and 123 black-type winners. He’s best known as the sire of G1 Derby and G1 Preakness hero Smarty Jones. His other leading runners include: Raven’s Pass (the European-raced G1 winner who came here and won the Breeders’ Cup Classic from a field including Curlin in 2008), Elusive City (European G1 winner and a promising sire in Europe), Maryfield (G1-winning US dirt filly), and Camarilla (Australian G1-winning filly). He’s had G1 winners on dirt, turf and synthetics – the true hallmark of a high-class stallion in the US.

​Sprinters aren’t asked to carry their speed very far, just very fast. Few were faster or more successful on the racetrack during the first decade of the 21st century, male or female, than champion filly Xtra Heat. She was by a graded stakes winner Dixieland Heat out of the mare Begin. Begin’s sire Hatchet Man captured the Grade 1 Widener Handicap in 1976. During the course of her 4-year career, Xtra Heat was worse than third only twice in 35 starts that included 26 wins, 25 of them in stakes, a modern distaff record. Ten of those victories came in graded stakes in Delaware, Kentucky, New York and her home base of Maryland, banking nearly $2.4 million in purse earnings. Though speed was her greatest asset, having an oversized heart in an undersized body was her secret weapon. A shade under 15 hands, she stood tall against her competition through 2001, even in defeat.